When you go to the grocery store and glance down the refrigerated aisle, you’ll see meats, cheeses, yogurts and much more. People know these foods need to be refrigerated, but there are quite a few items that people debate over. While everyone has their preference, these do’s and do not’s for refrigeration will come in handy the next time you’re putting away the groceries.

At Speedy Refrigerator Service, it is our job to make sure your refrigerator is working order. We provide one hour emergency service to the NYC, Long Island and Queens areas 365 days a year. We know refrigerator malfunctions don’t work around your schedule, but we do!

“Trick or Treat!” Regardless of what you have in your bowl, the excitement of Halloween is enough to drive any child crazy. They’re all out with their friends, dressed to impress and looking for the house that has the best goodies. Well, you can make your house that house by adopting some of these refrigerated candy treats.

Candy Apples
The candy apple is a difficult thing to keep fresh. Not only do you have to keep the hard covered candy coating from spoiling, you also have to worry about the apple underneath. An important thing to remember when it comes to refrigerating candy apples is that you need to beware of the gap, or where the stick enters the top of the apple. If there is a space, air can get inside of the apple and spoil it quicker than usual. If you want to keep your apples fresh for the maximum amount of time, try using the following storage tactic.

Chocolate
Most chocolate does not belong in the refrigerator. But if you are someone who enjoys a nice cool treat, there is a right and wrong way to do it. You shouldn’t bother storing store bought candy in the fridge. It will only make it stale and difficult to chew. As for homemade fudge, you’ll want to keep it in the refrigerator at around 40°F on a baking sheet covered in plastic wrap. Make sure you store it on a shelf where nothing can go on top and it shouldn’t be in there for longer than three days.

At Speedy Refrigerator Service, we have been keeping refrigerators going through the holiday season for over 75 years. For us, Halloween marks the start of the holiday season and that means we are kicking it into high gear! We are still offering $25 off of our appliance repair service and we would encourage you to take advantage of that today.

You might not think about how you stock your refrigerator, but it could help you live a healthier lifestyle. What we put into our bodies typically comes from the fridge and that isn’t always a good thing. Cakes, leftovers, pizza; all of these things seem to jump out at us every time we open up the refrigerator door. But what if we told you that the key to healthy eating is making those items jump a little less? 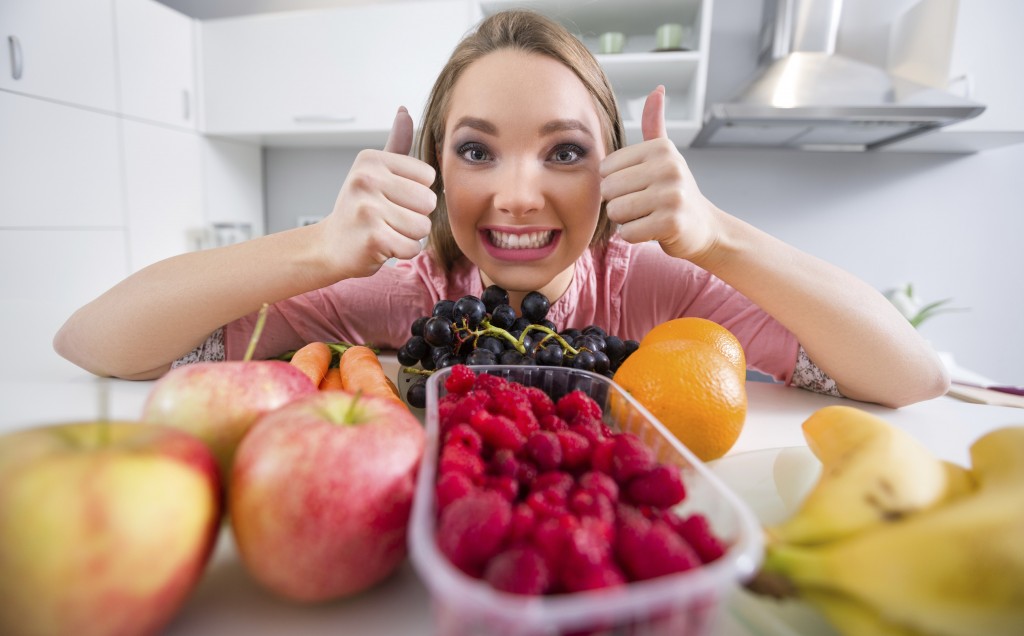 Ready-To-Go Snacks
When hunger strikes, you want food and you want it right now! This often leads to you reaching for the leftovers in the fridge that are readily available. All you have to do at that point is make easy, healthy snacks the thing you reach for first. Try bagging some nuts and leaving them with your yogurt or doing the same with veggie sticks and hummus. It’s quick and far more nutritional than leftover pizza.
Devise a Plan
Don’t open up the fridge just for the sake of doing so. One, you want to keep the door closed as much as possible to save money on your energy bill. And two, this will lead to you taking out something that is appealing to the eye. If you go in with a plan of exactly what you want from the fridge, your eyes won’t wander and you’ll make healthier choices.
Stuck In the Middle
Studies show that people are more likely to choose an item from the middle shelf than any other area in the fridge. With this in mind, keep your healthy fruits and vegetables in the middle and don’t make it a hassle to reach them. You want to eliminate any reason you might have for not making a healthy choice.
Hide the Sweets
Everyone needs a treat now and again, but discipline can be tough. Hiding your snacks in dark Tupperware’s or containers is a good way to avoid slipping up. Put the cookies, cake and other sweets behind the healthy foods so that your eyes aren’t drawn to them. If they’re right in front of your face, it is almost impossible to avoid giving in.

Refrigerators can be your best friend or worst enemy depending on your organization. With all the shelves and drawers that come with newer units, it is easy to hide the bad and put the good front and center. If you need help getting that new refrigerator up and running, call Speedy Refrigerator Service and we will be over in one hour!

In this heat wave we are experiencing, ice is always a refreshing treat. But what if your ice maker isn’t making ice? Well, that might make it tough to cool down your favorite beverages. But with a little patience and a positive attitude, you can have your ice maker back up and running in no time. 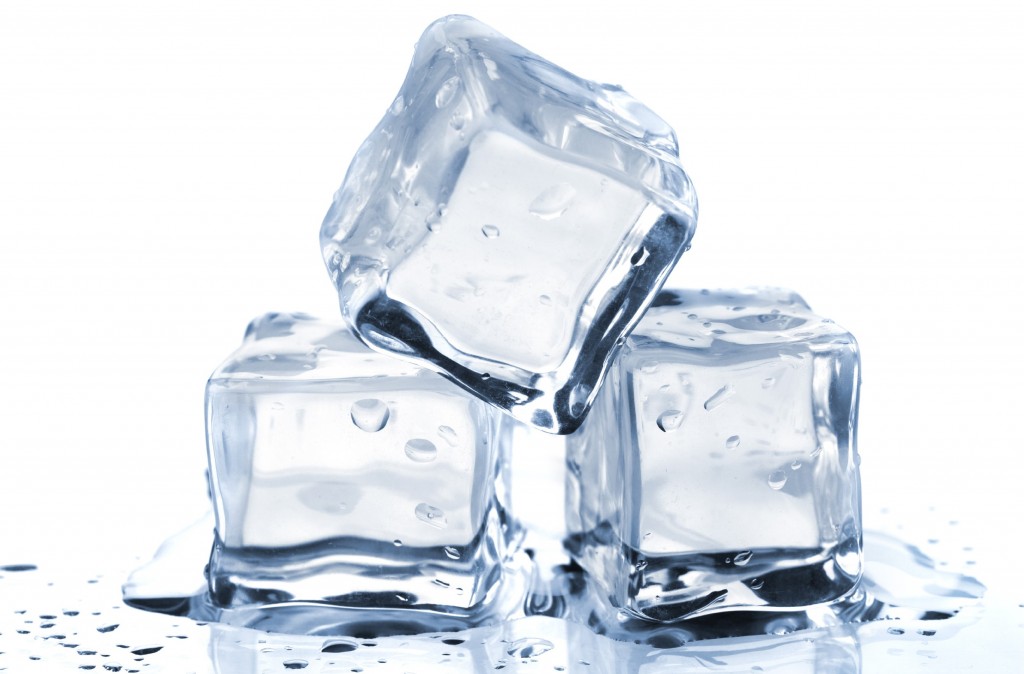 Check the Supply Line
If you can hear the machine buzzing but ice isn’t coming out, it is probably a problem with your water supply line. The buzzing sound indicates that the machine is asking for water to freeze, but that water isn’t arriving. You can start addressing this problem by examining your units supply line and looking for kinks. If this happens frequently, you might want to switch over to copper tubing.

Make Sure the Fill Tube Isn’t Frozen
If your ice cubes seem to have spent time under the shrink ray, you should assume there is a problem with your fill tube. Check to see if something has caused ice to back up around the mechanism—this can cause the fill tube to freeze. Try removing the blockage and see if your cubes return to normal size.

Check on the Solenoid
The water line runs through the solenoid before it travels back to the ice maker. If the solenoid is defective, it could be the source for all kinds of refrigerator problems. To deal with a malfunctioning solenoid, unplug your fridge and remove the sediment screen. Once you have the screen out, run it under some water and give it a good clean. Not only will this give you cleaner ice, but it could fix the machine all together!

You can’t afford to go ice-free in a summer like this. To ensure yourself a professional fix on all things refrigerator related, call the experts at Speedy Refrigerator Service. We have been serving the NYC area for over 50 years and we always leave our customers with a smile on their face. 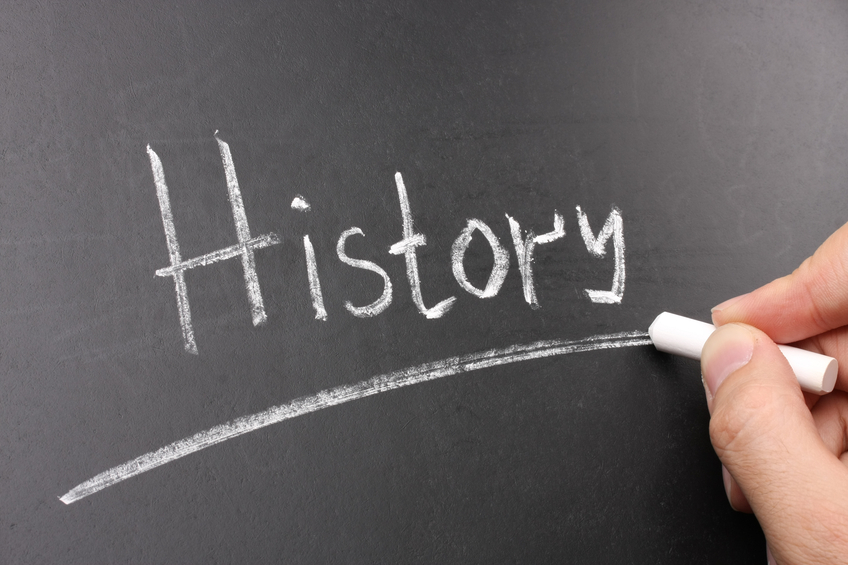